Land use conflicts and deforestation in Amazonia

Rondônia is one of the states of Brazil, located in the southwestern part of the Amazon basin. The state has seen a quick population increase from about 40,000 inhabitants in 1950 to more than 1.8 million in 2021. This development went hand in hand with the change in the vegetation cover. Originally almost 90% of the surface was covered by rainforest, but in the meanwhile it has become one of the best known examples of deforestation in the Amazon basin. In Only about one third of the area is currently covered by forests. 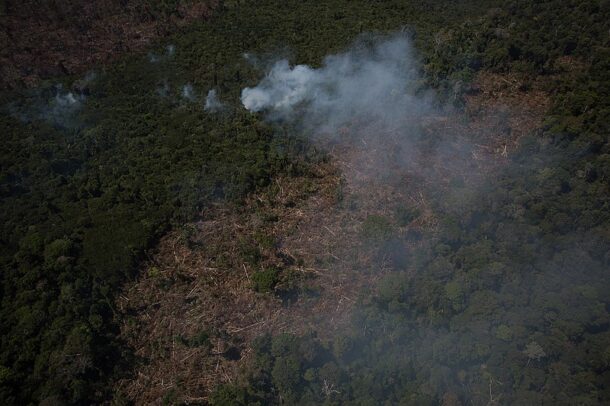 The satellite images show the development around the small town of Campo Novo de Rondônia, which in 2020 had a population of about 14,200. The image series shows how the deforestation is initiated with the construction of roads, along which settlers start to clear the forests in order to gain agricultural land.

Only in the southern part of the area shown in the satellite images forests have remained – this is a part of the Uru-Eu-Uaw-Uaw Indigenous Territory, which was established by the government of Brazil to protect the indigenous population. First contact with one of the tribes living here, the Uru-Eu-Uaw-Uaw people, happened as late as 1981.